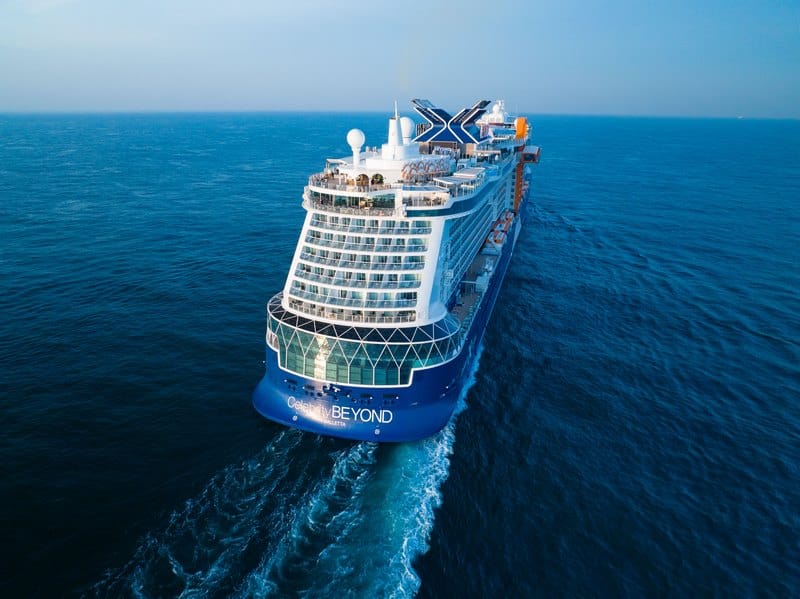 Celebrity Cruises announced in a press release that the new Celebrity Beyond has set sail from Fort Lauderdale following its christening. She was led by godmother Simone Biles, a 19-time World Champion, seven-time Olympic Medalist, and the most decorated American gymnast in history.

Jason Liberty, president and chief executive officer of the Royal Caribbean Group, the organization that owns Celebrity Cruises, said, “I can think of no one better to be the Godmother of this incredible ship than the G.O.A.T. herself – Simone Biles.”

Simone is such an inspiration to so many people all over the world because of her tenacity, progressive nature, empowered attitude, and grace in the face of difficulties. All of these qualities make Simone Biles the ideal candidate to oversee Celebrity Beyond’s journey, he continued.

She is “FULL” of wonder and excitement, and as our guests explore new places and indulge in culinary experiences and wellness amenities not available anywhere else at sea, they will undoubtedly feel more connected to the world around them.

In front of 2500 guests and members of the media, Simone Biles officially named Celebrity Beyond alongside Liberty, Lutoff-Perlo, and other Celebrity Cruises executives.

“I appreciate the important message this designation holds in recognizing our accomplishments as empowering women, and I am grateful for the recognition it brings,” she said.

Celebrity claims that the Celebrity Beyond’s entry into the United States marks the beginning of a “new era of cruising.” This announcement follows the launch of a new brand campaign that aims to “define what a relaxed luxury resort at sea is.”

The ship will offer Western and Eastern Caribbean itineraries as it begins its first season, stopping at places like Grand Cayman, Puerto Plata, Cozumel, St. Thomas, and more.