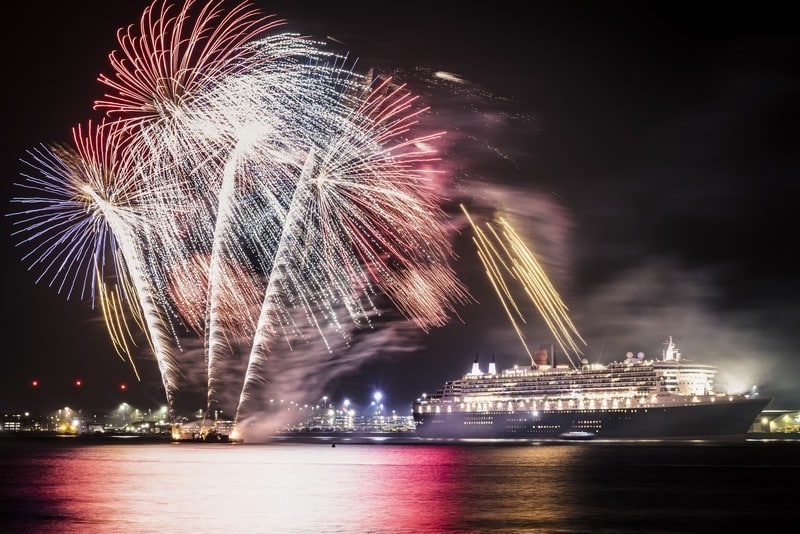 On January 11, Cunard celebrated the 100th anniversary of its first round-the-world voyage with a fireworks display in Southampton as the Queen Mary 2 and Queen Victoria departed on their world cruises.

The ships embarked on their respective voyages carrying the highest number of full world guests, according to a company statement.

To celebrate the special anniversary, both ships feature unique itineraries mirroring many ports of call from those first sailings on ships the RMS Laconia and RMS Samaria.

The Queen Victoria embarked on a 101-day cruise around the world departing from Southampton, England on January 11. The voyage includes visits to 20 countries and 26 ports of call including an overnight stay in New York, San Francisco, Sydney, Hong Kong, Singapore and Dubai. It also features visits to 11 UNESCO sites.

On the same day, the Queen Mary 2 embarked on a 102-day world cruisedeparting from Southampton, England. The voyage includes visits to 18 countries and 31 ports of call as well as an overnight stay in Dubai, Singapore, Hong Kong, Sydney and Cape Town. The Queen Mary 2 will also visit 18 UNESCO sites.