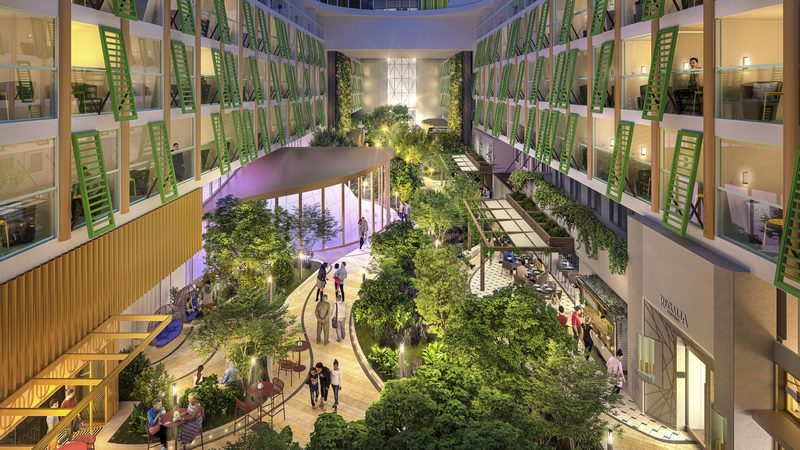 Jay Schneider, senior vice president and director of product innovation at Royal Caribbean International, said: “We’ve added more lounge space on Icon of the Seas than on any other ship. very helpful in providing more space”. He added: “You will find more shares and more couches.

The 250,800-ton vessel will accommodate more than 5,600 passengers with double capacity, becoming the world’s largest cruise ship when it launches in Miami in January 2024, making week-long cruises. Visitors will first be “in awe” of the massive multi-tiered pearl structure upon boarding, which Schneider says will provide a breathtaking moment. Royal Caribbean’s neighborhood concept is also making a return, with five new zones and returning favorites, along with some tweaks.

The famous Central Park would be greener, Schneider said, with 20% more trees. “Guests will also be able to see the ocean for the first time,” he said. Currently, on Oasis-class ships, Central Park is in the middle of the superstructure, with no ocean views.

Central Park will also include a dedicated entertainment venue, and Izumi, the company’s sushi and hibachi restaurant, will be at its best at Izumi on the Park. Guests can dine here, and there will also be a take-out window for a bento-style experience. Plus, the cruise line has been working hard to attract passengers, says Schneider, really trying to eliminate dead ends.

“There are dead ends on every cruise ship,” he continued. “We tried to solve this problem here. Upstairs six mezzanines of the promenade are full 360.