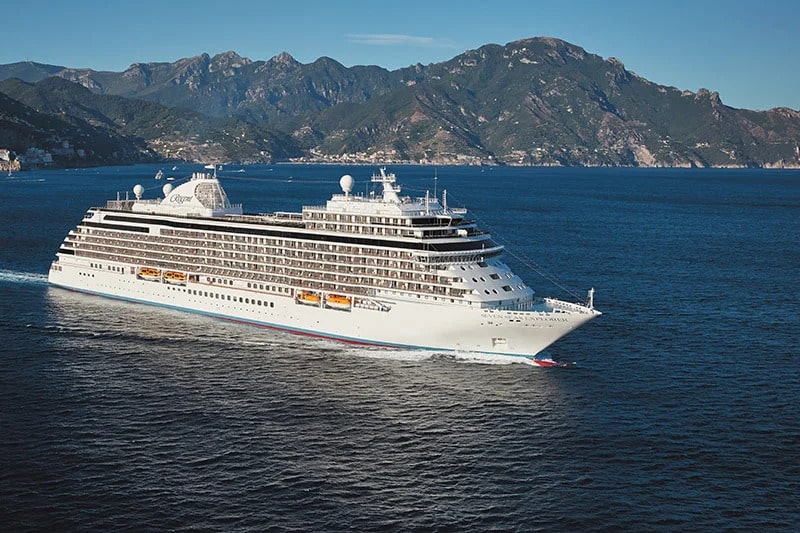 Regent Seven Seas Cruises’ newest ship, the Seven Seas Grandeur, will be joining the fleet in 2023 becoming the sixth ship in the fleet for the Norwegian Cruise Line Holdings-owned luxury brand.

The 750-passenger ship will become the sister ship to Seven Seas Splendor, which debuted in February 2020 and the Seven Seas Explorer, which launched in 2016.

Currently under construction at the Fincantieri shipyard in Italy, the ship will feature the highest space and crew-to-passenger ratios in the industry so far, according to Regent.

The Seven Seas Grandeur will offer 15 cabin options including Veranda Suites (about 215 square feet) to the $11,000 per night Regent Suite (4,443-square-foot). The Regent Suite will feature a personal sauna, steam room and treatment area with unlimited complimentary spa services for guests.

The Seven Seas Grandeur is scheduled to set sail on November 26, 2023, when it will embark on a 14-night maiden voyage from Barcelona to Miami, with calls at Seville, Funchal and Bermuda.

Following an inaugural Caribbean season, the ship crosses the Atlantic via New York in April, heading to Southern Europe where the Regent ship will spend the summer.